As well as renaissance structures Malta has quite a number of other fortification scattered around the island, but one is hardly noticed by the tourist, it's the Victoria Lines (wiki) a nineteenth century defensive line running along a major fault line across the island. In splits the potential anding beaches to the north from the populated south and in particular the Grand Harbour.

Attempts are being made to restore it, but the route in places is heavily overgrown. Walk details

We started at the Bingemma Gap and attempted to reach the Bingemma fort, but the route was over-grown, so we turned back earlier than intended (at the point where this photo was taken) and headed east along the lines 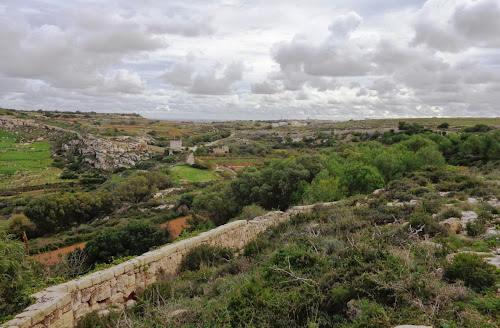 Substantial walling through the Bingemma gap, these are only rifle positions the major defenses were the forts dotted along the route where artillery was permanently based. 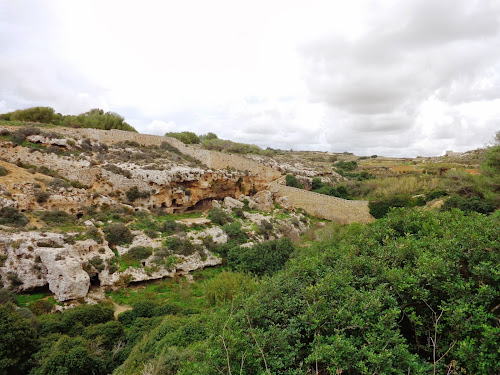 Section of the lines, showing how a ditch was dug into the slope hiding the defenses. 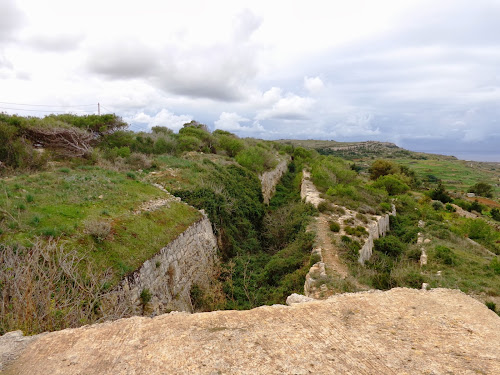 Walls beyond the Targa gap, where we stopped before Fort Mosta, which is still in military use. To continue involves a long detour so we gave up at this point. 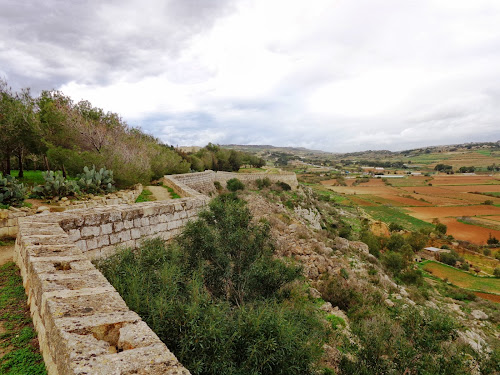 Generally a great days walking, although for us it was overcast and showery.
Posted by Fire at Will at 09:02